One of my favorite books is Gravity’s Rainbow by Thomas Pynchon. It was a difficult read with lots going on, but the reason I was immediately gripped by it was because of the circumstances Pynchon put the story in. The setting was England, 1942. Pynchon made for wicked metaphors out of science with thermodynamics of entropy and making sense of complex systems, most of which flies over my 7th grade frog dissecting was as far as I got head. But his most sardonic metaphor was making the pattern of the German V-2 rockets match the pattern of one of his characters sexual encounter patterns.

Now, the book, while terrific, is not why I am writing about this on this lovely morning. What makes me think of this was yet another North Korean article this morning about everyone’s favorite chubby faced, irrational dictator, Kim Jong Un. And it made me thing about the book because I have been to Seoul, South Korea a few times. It is a very Western city with a beautiful mix of traditional Korean architecture and culture, combined with modern convenience and technology. And I was there once during a period of tension with the North Koreans when Kim Jong Un’s father, Kim Jong Il, actually fired some missiles at some land across the DMZ line.

I was nervous. I asked lots of questions. You know what I was told? “We don’t really worry about that. Otherwise we would go crazy.”

Back to the V-2 rockets and England in 1942. Pynchon does such a great job, without directly saying it, of freaking me out with the fact that a V-2 could land anywhere at any second. The intense pressure is constantly there throughout the book. Early on in the novel, a group of US soldiers describe the new German missiles to a newly arrived private;

“You can’t hear them when they come in….”

“Of course you can’t, they go faster than sound.”

“…the other kind, the V1’s, you could hear them right? Maybe you had a chance to get out of the way. … But these things explode first, a-and then you hear them coming in. Except that if you’re dead, you don’t hear them.”

“Think of it as a very large bullet, Slothrup. With fins.”

This set the tone for the rest of the book. At any second another V-2 could hit. And sometimes they did. Across town or near where the reader was. And besides being a ridiculously good literary device, I was enthralled with the fact that Englanders had to live like this. Some were able, like the South Koreans, to go on living. They walked to the store and bought milk. The kids played in the street. They were determined go on, because in their minds- you cannot fight chance. As soon as you determined you would be safer over there, the rocket was just as likely to land there. Gives me chills just thinking about it.

Think about living every minute of every day like this. You can’t escape to the country home. You can’t go to the basement. You can’t protect your children. There is no rhyme or reason to when or where they fall. It was a fact of life. Like the plague or maybe what a meteor shower would be like.

I am not going to go off on some diatribe about how lucky we are, but seriously. How lucky are we?

← What’s the matter? Oral surgeon got your tongue… in a jar next to you?
“Santa doesn’t ride a bike?” → 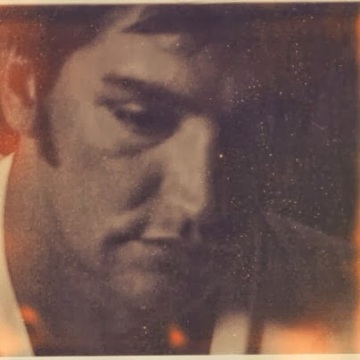